Azerbaijan
Built in 1996, The Azeri TV Tower is a free standing concrete telecommunication tower in Baku, the capital of Azerbaijan. With a height of 310 meters (1017 ft), it is the tallest structure in the country, standing out among the many skyscrapers that have definitely changed the skyline of the city.
Year
2009
Landmark of the city of Baku, the Azeri TV Tower has been recently lit up by a wide selection of GRIVEN flood lights: Dolomite, Everest, Kolorado, Kolorstream and Kolorjet. 75 of these mighty colour changers have been strategically positioned in two concentric circles on the ground surrounding the tower to wash light its basement, body and top with bright, saturated colours. Positioned in the widest of the two circles, the Kolorjet units have been employed to enhance the tower rings, whist a number of Kolorstream and Kolorado units had to concentrate their power on the whole body from a different starting point, closer to the tower. Kolorstream and Everest were employed to illuminate the antenna of the TV tower. The basement of the tower, which hosts the administration offices of the TV station, has been successfully enlightened by Kolorado and Dolomite units. In addition, 8 Kolorglobe were positioned in the upper part of the rings, spreading powerful coloured beams up into the Baku sky.

This is not the first tower that Griven is proud of illuminating: the Monas National Monument in Jakarta, the TV Tower in Almaty, the Astana Tower in Kazakhstan and the Tour Eiffel in Paris, just to quote some of the most renowned ones. 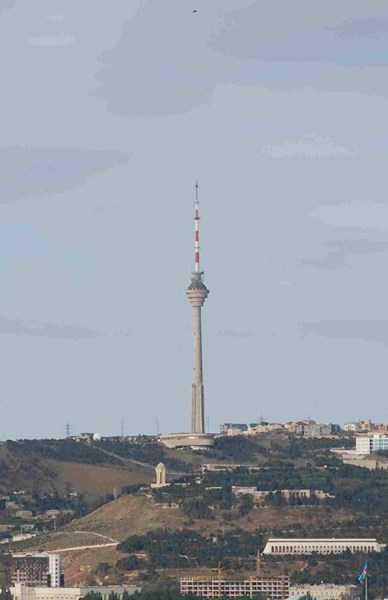 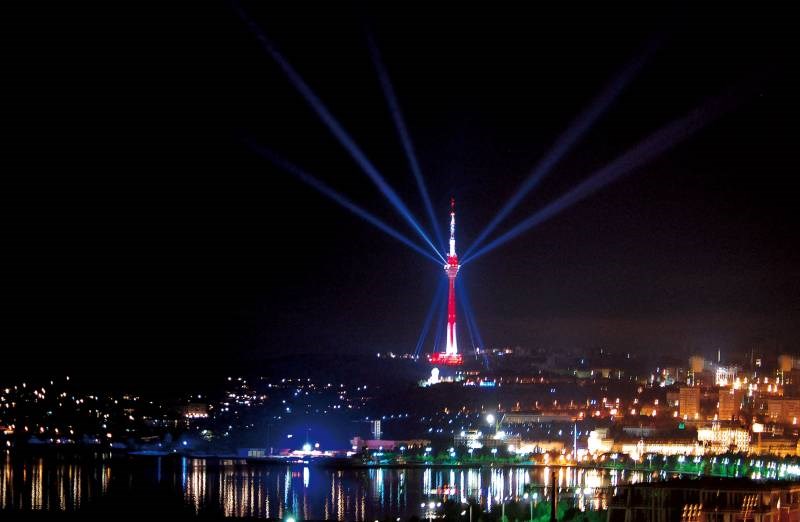 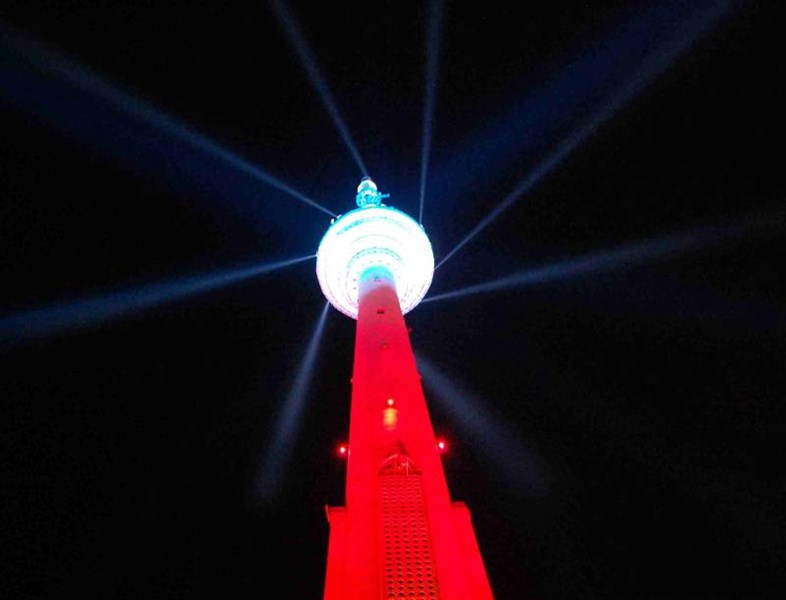 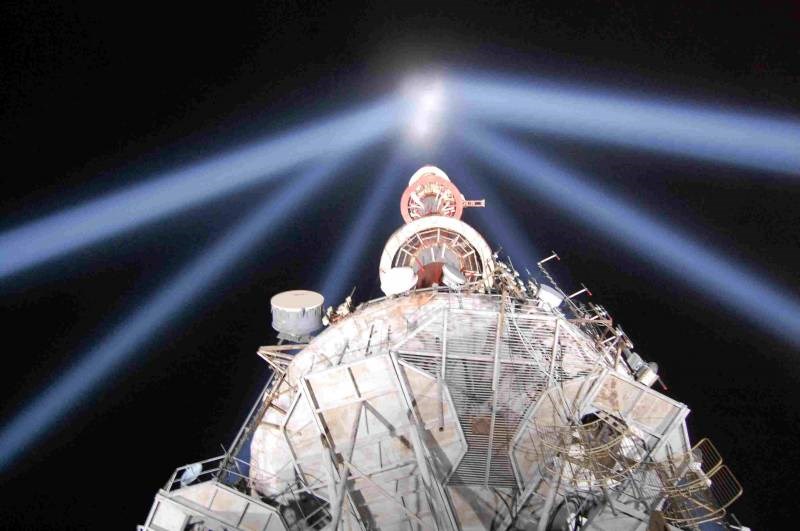 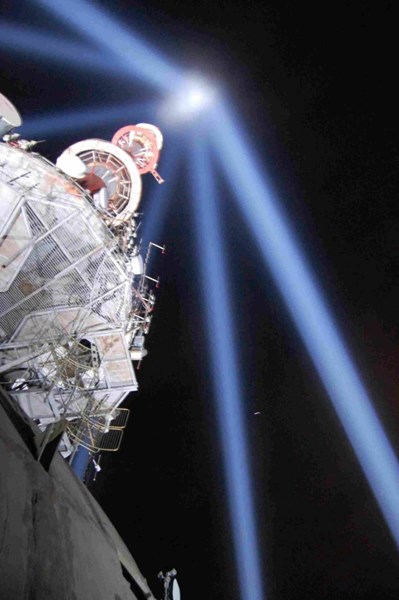 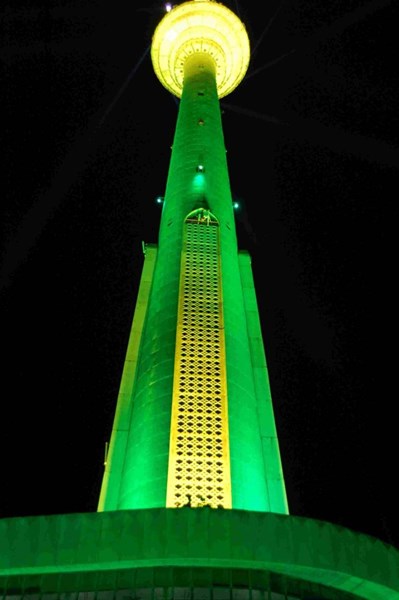 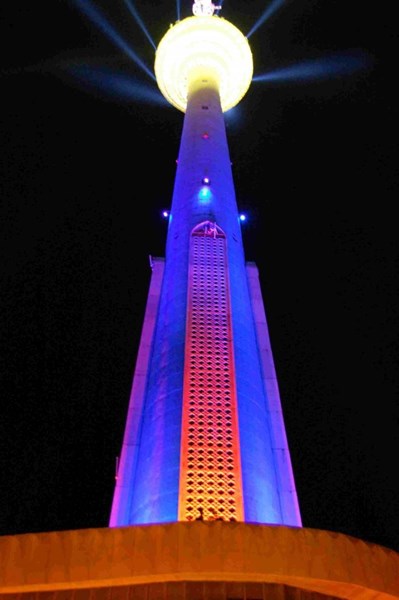 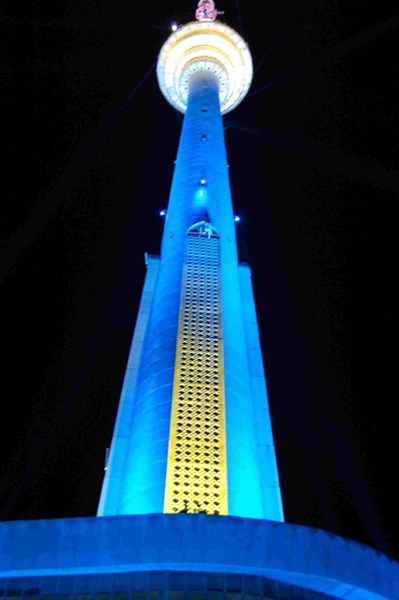 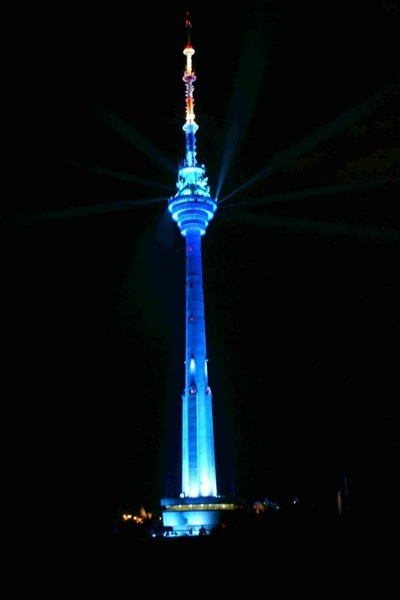 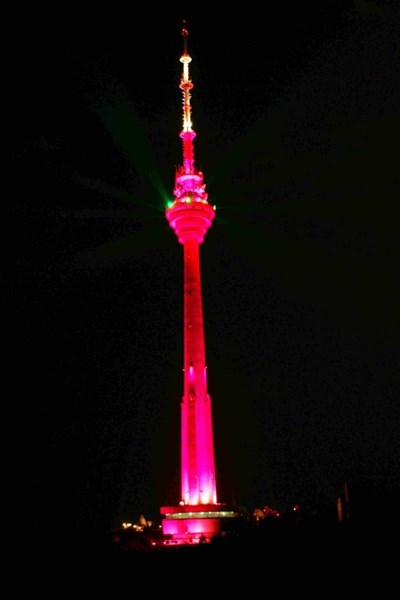 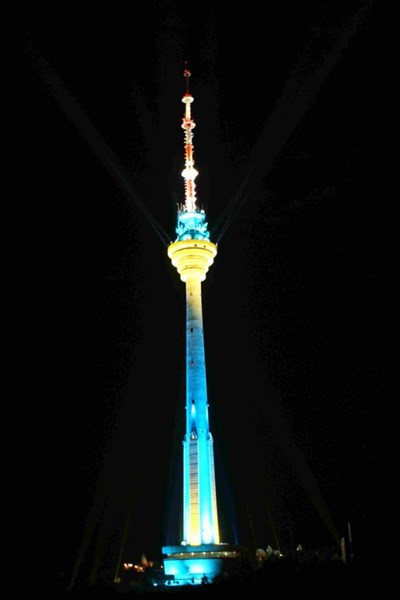 Among all the lighting fixture used in this project, KOLORGLOBE deserves a particular mention. In the extensive GRIVEN range of exterior architectural projectors, KOLORGLOBE MK2 7000 and KOLORGLOBE MK2 4000 are the CYM single beam colour changer searchlights that top the catalogue. This concept in such high-power lamp fixtures is almost unique and the combination of moving beam and colour change provides a truly spectacular display that could be a highlight for any permanent or temporary event. Both units feature an electronic ballast set and use powerful flicker-free 4000W and 7000W lamps with precision electro-shaped nickel-rhodium coated reflector to give an extraordinary light output. On board or remote DMX 512 control gives access to all functions, including frost soft edge effect, black out, mechanical dimmer, enhanced electronic strobe and stand-by option. The projectors have been designed for suspended use on touring shows applications, however the units feature brake locking wheels and screw jacks for floor-mounted installations, while transit locks are provided for the pan and tilt movement. The outstanding KOLORGLOBE MK2 units, weatherproofed to a certified IP44 rating for a comfortable exterior use, have huge creative possibilities with live event use and the wide range of features included makes these units ideal for rental companies, as well as for permanent installations in large-scale concepts. 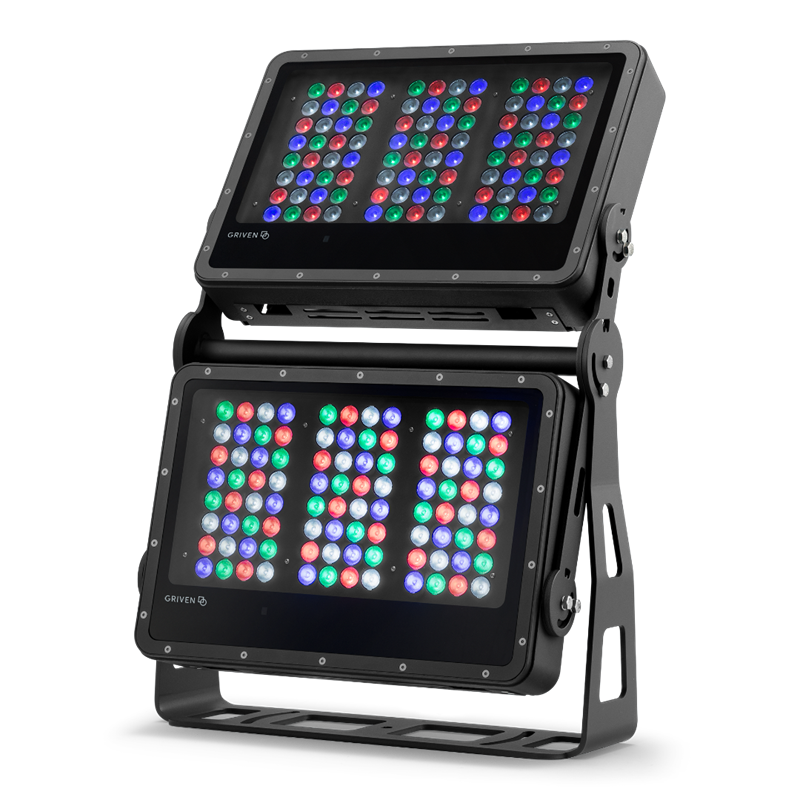