Finland
In a year’s time when lights take the lion’s share of the festive decorations, Kuopio City Hall has just inaugurated its brand new dynamic façade lighting system based on GRIVEN’s LED floodlights. Built at the end of the 19th century, this Neo-renaissance building dominates, with its imposing but elegant structure, the central market place of Kuopio, the biggest city and most important cultural center in Eastern Finland. Like most Finnish provincial cities, Kuopio comes into its own in the summer when it plays host to a major dance festival, as well as to a lively wine fair. The typical Northern city’s essence, however, comes out in winter, when lights become crucial in the long coldest season of the year.

The market place of Kuopio is one of the liveliest in Finland. It is a traditional venue for encounters, sales and happenings, a crowded meeting place for the opening of summer season in May, an exciting stage for the annual Dance Festival’s free performances in June, a colourful, thriving source of fresh Finnish produce in summer and an evocative Christmas market site in December. Attracting thousands of people, different kinds of fairs are traditionally held from January to October, and popular flea market events are held in spring, summer and fall within the frame of this beautiful square.
Year
2017
Client
Kuopio City Hall
Lighting design
LITE-designs
Credits
Griven Dynamic White fixtures supplied by: Ideafix
Product specification and installation
JOB Real Estate Technology
Electrical design
Etteplan 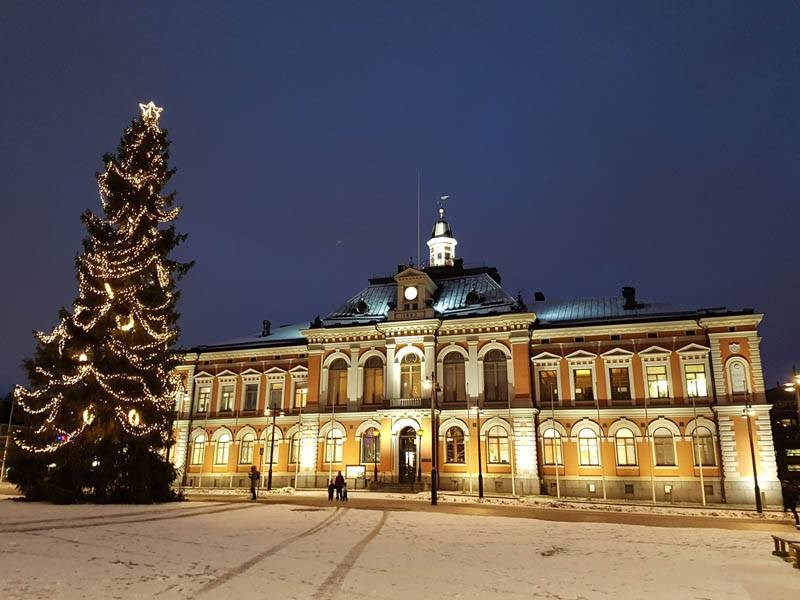 As a centerpiece of the city life, the market place and its surroundings have undergone a large renovation in the recent years. As a result of these improvements, Kuopio city center was elected the best city center in Finland in 2014.

Included within this recent restoration plan, the façade of Kuopio City Hall already shines in a stunning visual rendering of warm tones, natural hues and cool shades altogether, owing to the white light tunable LED fixtures recently installed on site. Created by LITE-designs, the chosen lighting scheme is mainly obtained with the help of floodlights - mounted on poles located in front of the building - which deliver a splash of tunable white light to the whole façade. Moreover, in order to preserve the architectural style of the façade without interferences, compact LED fixtures have been installed on the roof, hidden behind the balconies and positioned close to the entrance door.
Last week, on the occasion of the opening night at Kuopio City Hall, an array of GRIVEN Jade 16 DW with different optics and Zaphir DW, both in dynamic white configuration, were turned on to enlighten the building in a neutral shade of white. With the beginning of the Christmas season, the lights have already been switched to a warm tone of white, typical of this festive period, delivering to the whole square an unmistakable atmosphere and festive allure.

ZAPHIR DW is an ultra compact tunable white light luminaire, which features the very latest premium quality high power LEDs, coupled with a variety of high build and design lenses for the utmost optical efficiency and balanced projection. The Dynamic White model creates a stunning visual rendering of warm tones, natural hues and cool shades altogether, thus offering an unmatched control over the creation of a vast range of the white light chromatic scale for an even broader range of application purposes. 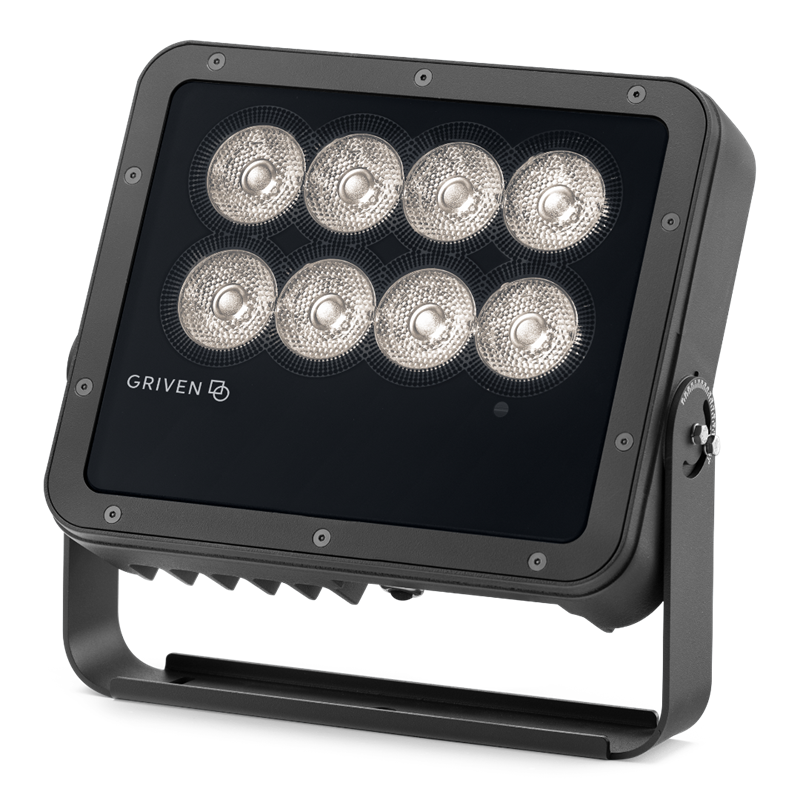