Russia
Located east of the virtual border between Europe and Asia, the city of Nizhny Tagil is currently the largest industrial center in the Middle Urals owing to its manifold power-intensive metallurgic industries. The history of Nizhny Tagil began with the opening of the first iron ore quarry in 1696 and further developed in the 18th century when it became a successful and productive mining and smelting operation center, one of the early settlements of the Russian industrialization. The strong economic solidity had a favorable influence on the evolution of Tagil community into the Urals' most important cultural center, whereas nowadays Nizhny Tagil is a fully alive city rich in historic museums, prestigious libraries and professional theatres.

The town municipality has recently integrated within the so-called "Shining City” programme the architectural and artistic illumination of one of the most important cultural heritage sites of Nizhny Tagil, the Drama Theatre. The lighting company MT POWER, along with its operational unit ELEKTROSTIL PC, has been charged with the creation and implementation of this ambitious lighting concept. One of the main goals of the project was to create an integrated lighting composition, capable of emphasizing with an extreme dynamism the richness and abundance of decorative architectural elements of this neoclassic theatre at night.
Year
2014
Lighting design
MT Electro LLC
Product specification and installation
MT Electro LLC
Pictures
MT Electro LLC
A combination of illumination styles, chosen among the most modern wall washing and accent lighting techniques, is now performed by ground breaking RGBW LED fixtures in order to focus the attention on the main architectural features of the theater façades, while at the same time beautifully highlighting their contours. Precisely calculated projection angles along with a finely tuned aiming and positioning system of the lighting devices installed, have contributed to the successful implementation of this dynamic lighting scheme. The lion’s share is taken in this case by almost 200 units of PARADE S RGBW modular bars with 20, 40 or 60 LEDs, either with elliptical or wall wash optics, capable of obtaining an even light distribution on the theatre’s walls while shaping a dynamic background. PARADE S-RGBW is a modular and adjustable super flux, high luminance bar featuring a superb output with real uniform colour coverage even on close-up installations owing to the newly conceived optics specifically designed for true wall washing effect. PARADE S can be installed in any position and in any orientation, featuring an IP67 weather protection along with a compact size and a light weight manageability. 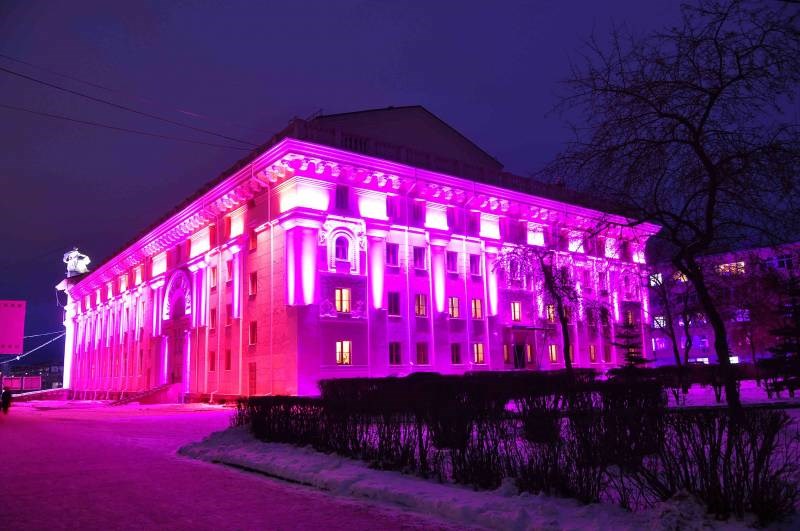 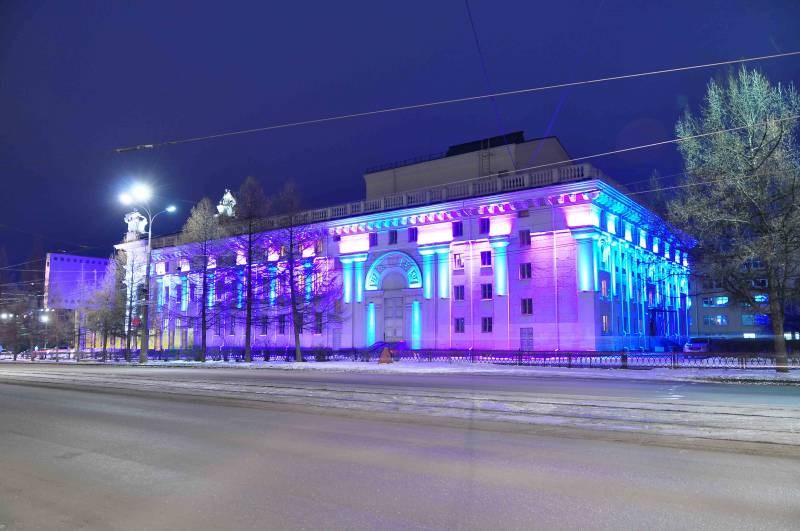 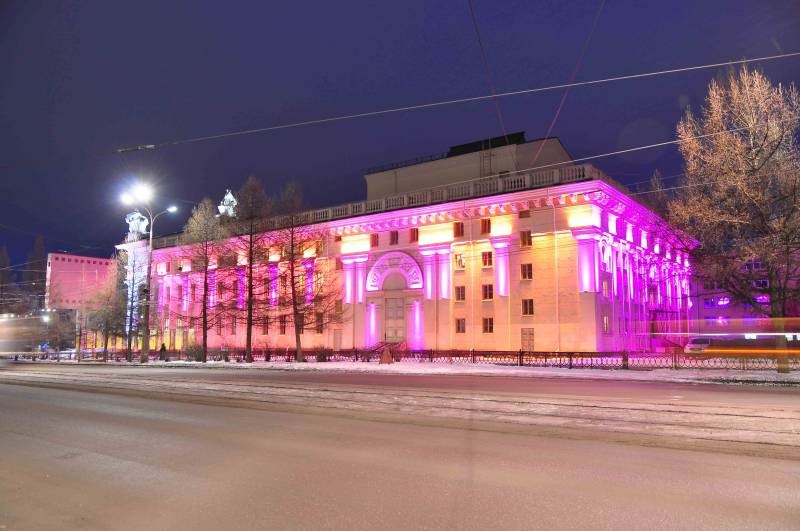 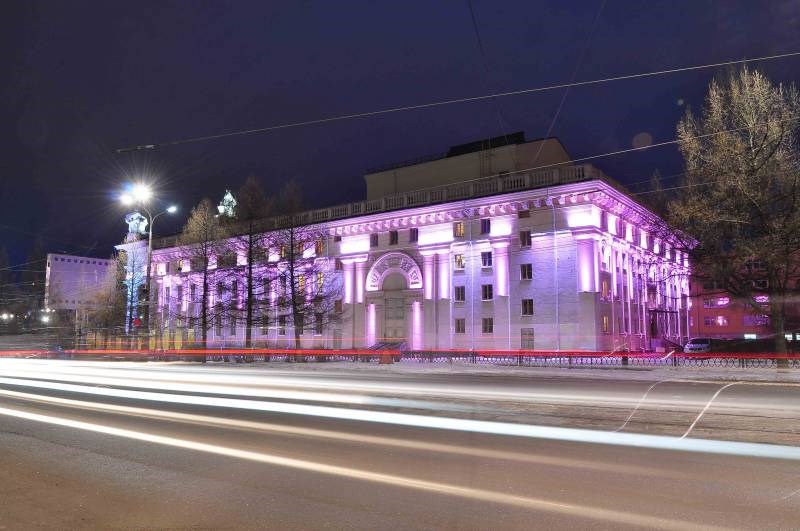 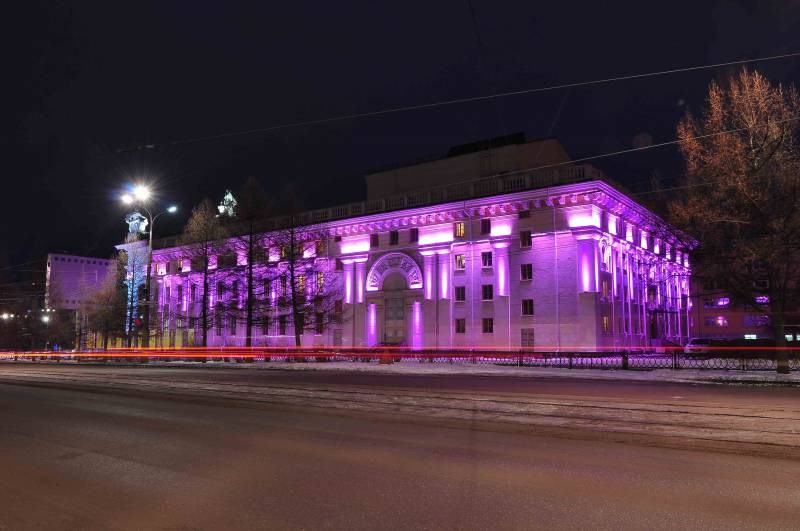 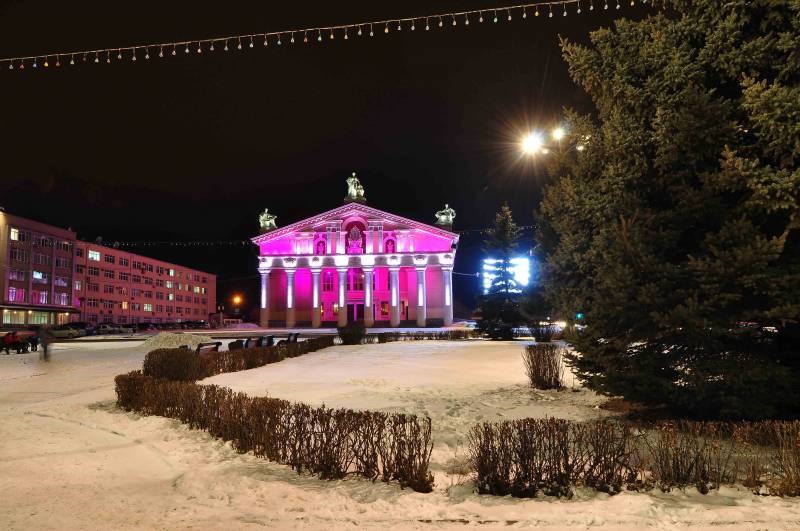 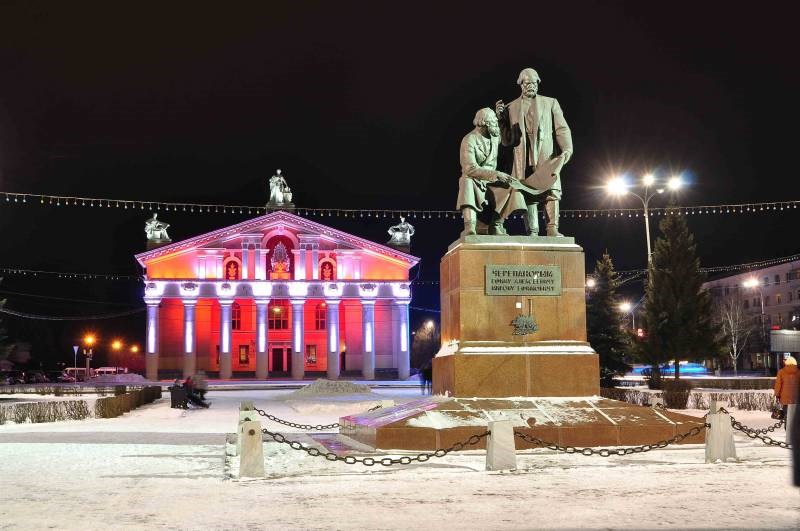 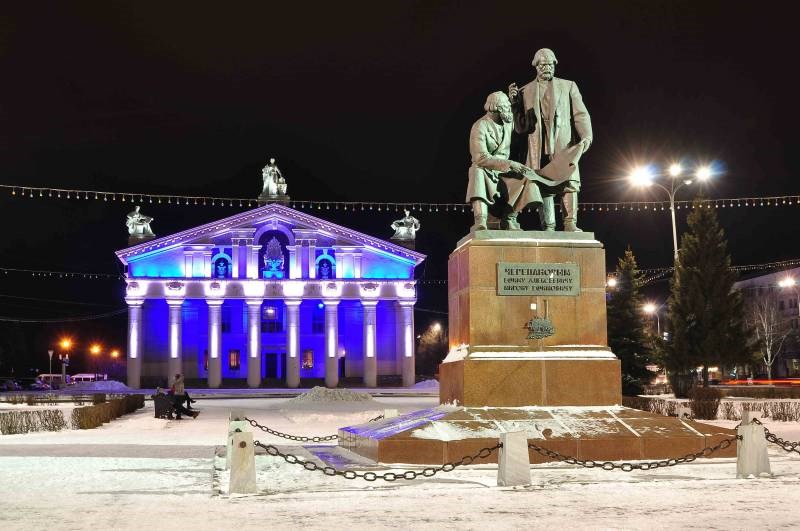 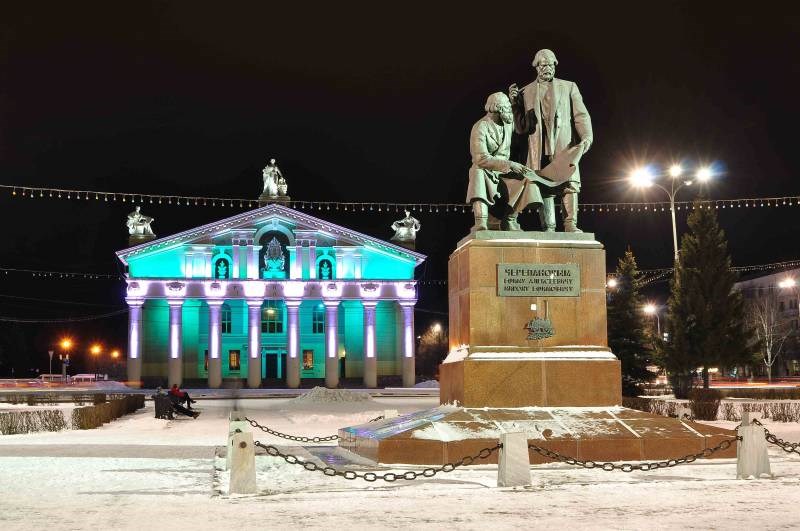 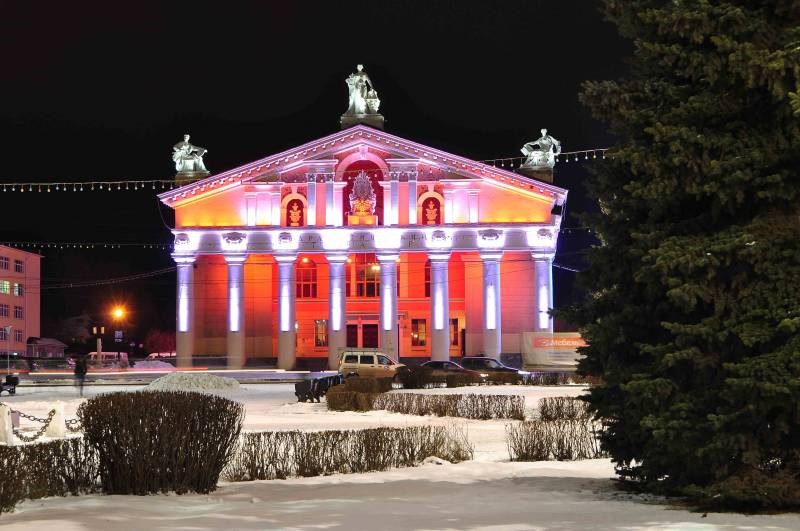 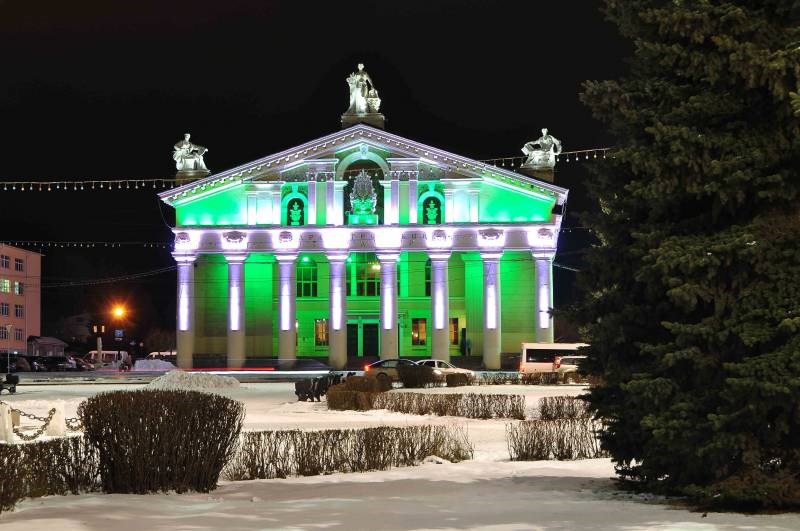 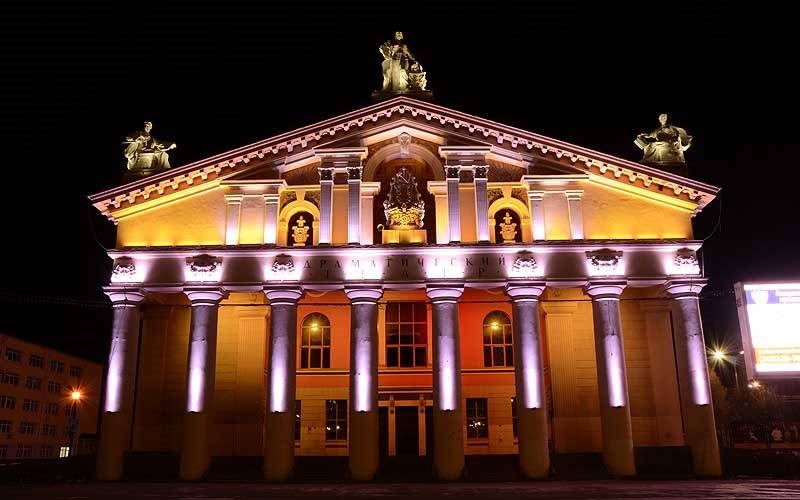 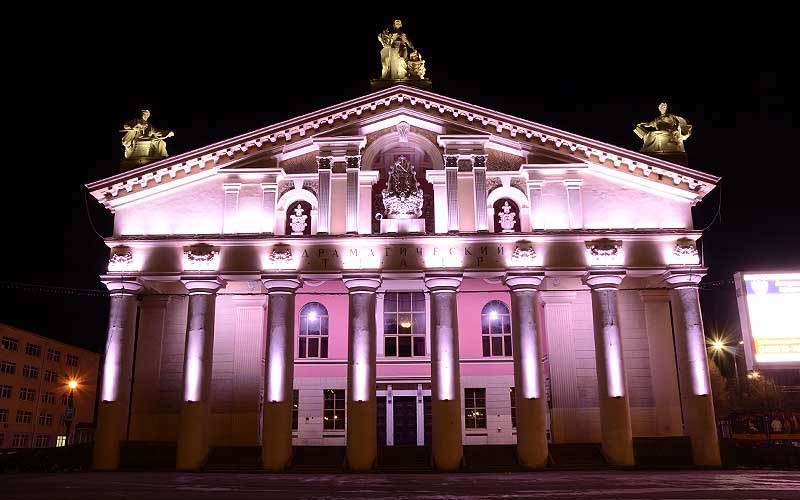 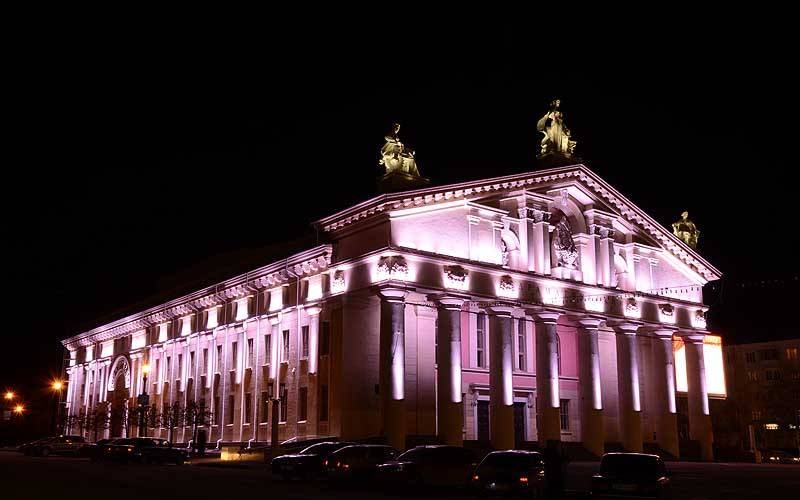 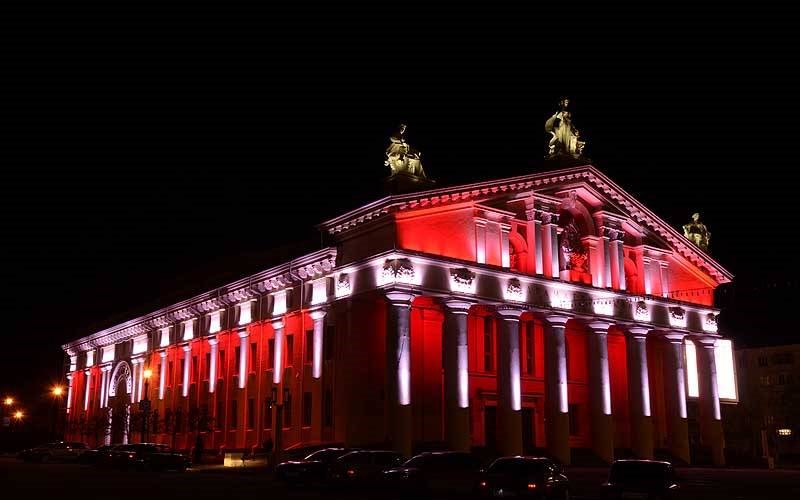 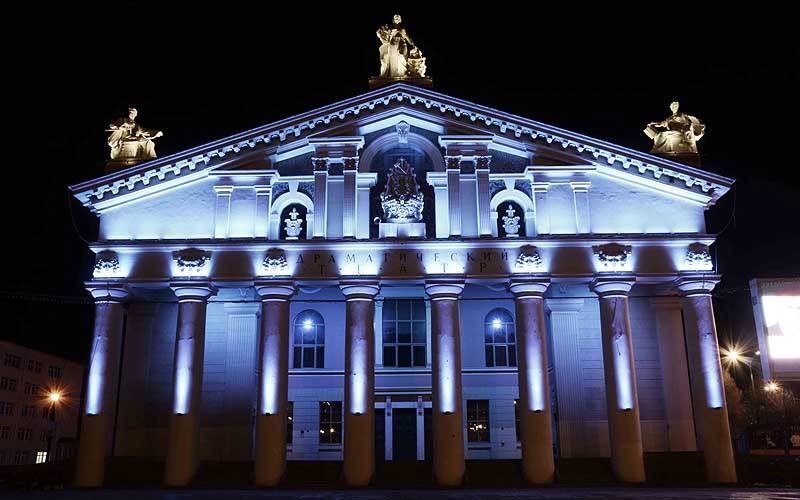 Moreover, 44 units of DAWN MK2 RGBW with narrow optics have been located on each column of the temple-shaped theatre in order to create a contrasting tone shade on the pillars surrounding the theatre and their capitals. 8 units of EMERALD RGBW with extra wide optics highlight the decorative elements of the front façade.

The use of DMX controllers for all the fixtures installed, allows a smooth colour shade and intensity changing, creating a plurality of lighting scenarios. According to the designers’ intentions, the theatre dynamic outdoor lighting had to be able to transmit different moods, reflecting the representations performed within the theater, as well as visually reviving its exterior appearance as a dominant feature on the Theatre Square. Now the Drama Theatre stands out as never before, enlightened as a symbol of cultural excellence. 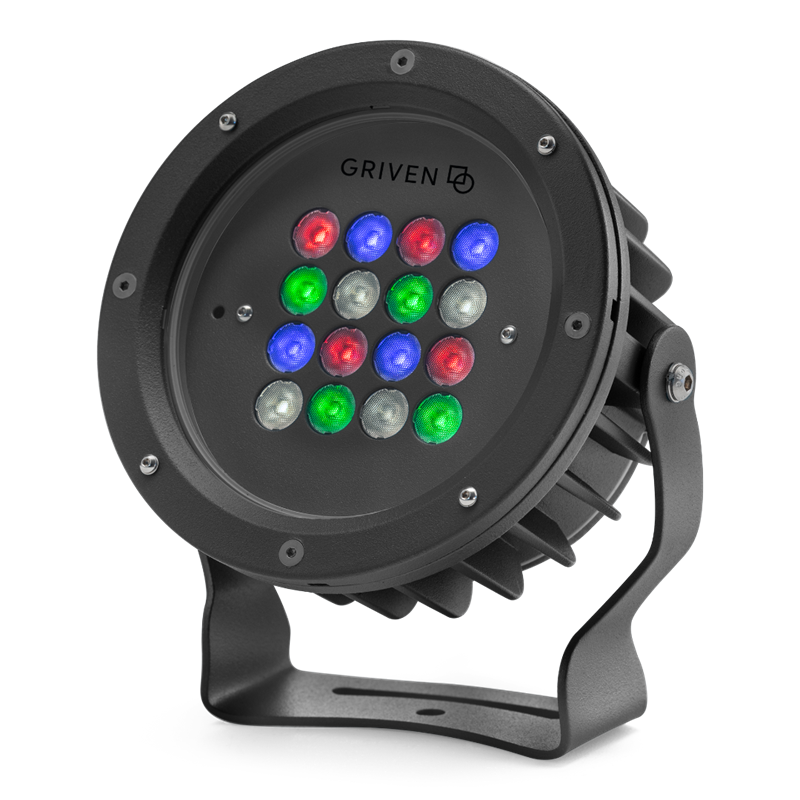