Russia
In the wake of enthusiasm for 2014 Sochi Winter Olympics’ preparations, the Black Sea region of Krasnodar is gradually emerging as one of Russia's top sporting destinations. Krasnodar will soon be able to boast of the biggest sporting complexes in Europe, including training facilities for over 20 different sports. In the meantime, new arenas are constantly popping up around the city and in the Krasnodar region. A new fifty thousand seat football stadium, an Olympic sized swimming pool and a new rowing club, amongst other facilities, will be soon under construction while a huge ice-hockey stadium and an imposing basketball hall have already opened up.
Year
2012 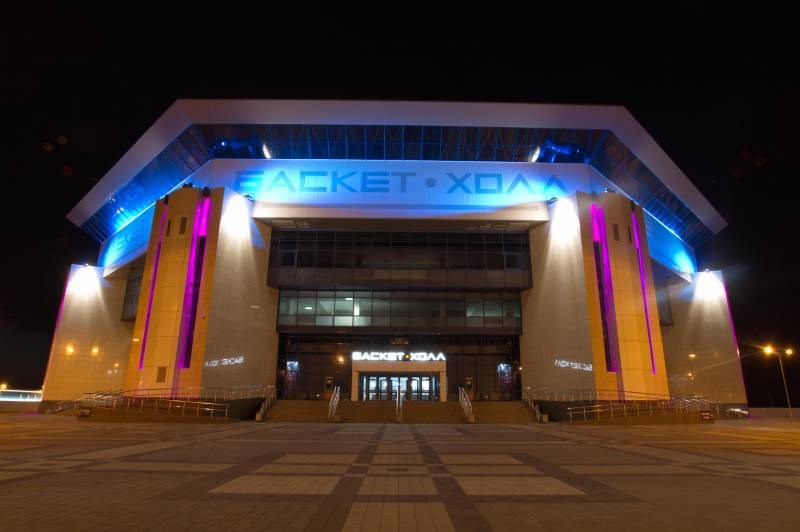 With an overall capacity of 3500 seats, Krasnodar Ice Palace does really start a new …”ice age” for hockey and other ice sports in the Black Sea region. This ultra-modern arena hosts under its roof a 60x30m ice rink along with a variety of auxiliary facilities, such as: a skate sharpening point, a warm-up area for hockey players along with a medical and a radio center. Moreover, the new Ice Palace is the home ground of the local hockey club "Kuban", official team in the major hockey league of the country.

Meeting the highest requirements of professional sports as well as the demanding NBA stardards, the home arena of basketball club Lokomotiv-Kuban was opened in 2011. A modern venue for the highest level competitions of different team games, the Basket Hall seats 7500 fans and has already become a landmark in the Krasnodar region. Fitted with professional sound equipment, megascreen, HARO parquet and special lighting effects, Krasnodar Basket Hall is really capable of making every event unforgettable. 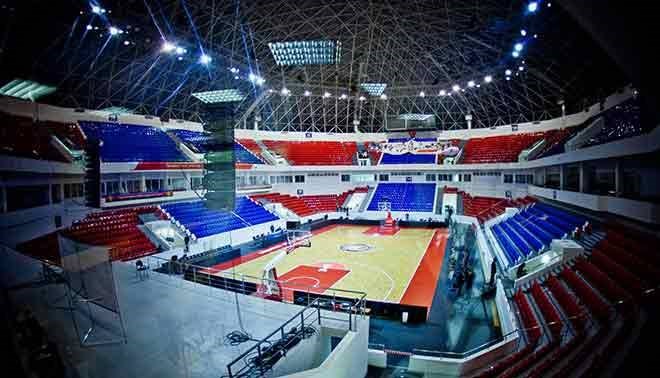 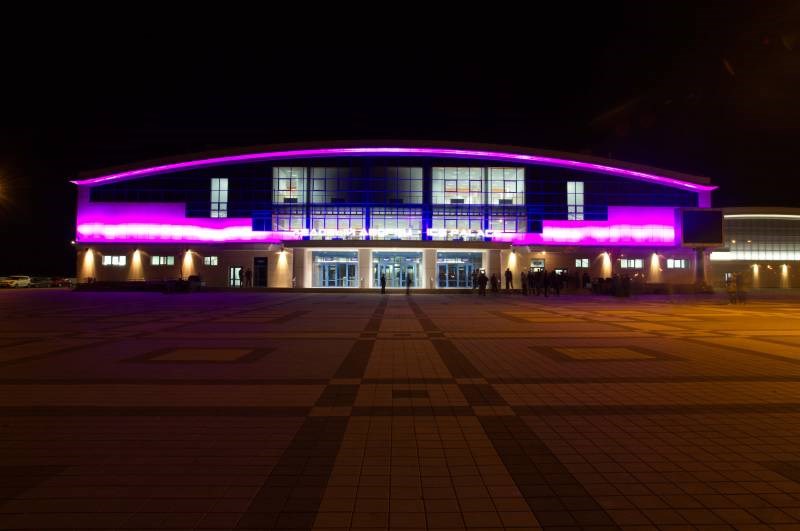 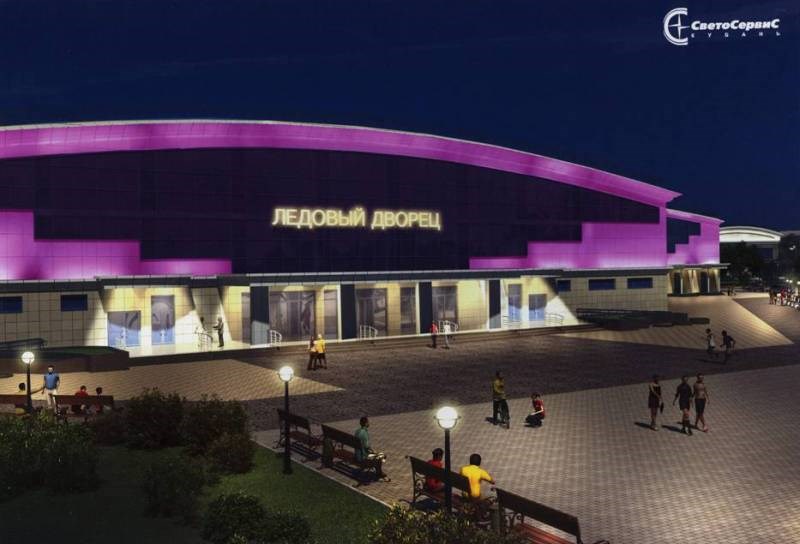 During the last few months, both facilities have been externally lit up by the engineering company Svetoservis Kuban with the help of GRIVEN lighting fixtures. Over 64 meters of the Ice Palace façade have been fitted with 47 units of Parade S-RGBW-60 with elliptical optics, that have been installed in a row on a lower entrance roof in order to give colour to the upper sloping cover of the arena and to its symmetrically decorated front walls. PARADE S-RGBW-60 is a modular and adjustable super flux, high luminance bar featuring 60 RGBW LEDs grouped in clusters of 4 LEDs each, that provides superb output with real uniform colour coverage even on close-up installations by means of newly conceived elliptical optics.

The eight-sided Basket Hall has been provided with a quite plain but effective lighting scheme reproducing a colourful horizontal "stripe of light” along the upper part of the whole octagonal structure. Twenty units of VESUVIO OS CYM 250 have been installed on the ten squared pillars located all around the structure. The two Vesuvio OS CYM 250 units mounted on top of each pillar project a well diffused beam of coloured light on the walls. With its compact dimensions and 250W metal halide lamp, VESUVIO OS CYM 250 can light a surprisingly large area with great reach in relation to its small lamp power. To complete the lighting scheme, two units of Graphite 300 have been located on each of the ten pillars. Looking downwards, they create a geometric, vertical, linear design, that further enhance the architecture of the pillars. GRAPHITE 300 is a weatherproofed 250W colour changer which has been designed for permanent exterior installation. The newly conceived outline provides for an extremely compact and solid housing that blends discretely with any architectural environment.