Ireland
On Easter Monday, April 24, 1916, a group of Irish nationalists proclaimed the establishment of the Irish Republic and, along with some 1,600 followers, staged a rebellion against the British government in Ireland. Within a week, the insurrection had been suppressed and more than 2,000 people were dead or injured. Nevertheless, the rebellion finally led to the sign of a treaty that in 1922 established the Irish Free State, which eventually became the modern-day Republic of Ireland.

Lusk Community Council launched its fundraising campaign on St Patrick’s Day this year for the erection of a 1916 Memorial dedicated to the men and women of Lusk and the North County who participated in the Easter Rising in 1916. The project follows two years of work by Lusk Community Council to create a permanent memorial. The public response to the project was fantastic and the newly built monument is bound to leave a permanent legacy for the people of both Lusk and the North County. Lusk Community Council officially dedicated their 1916 memorial at the Village Green, Lusk, beside the Carnegie Library, on Saturday 24th September. The dedication was performed by Mayor of Fingal, Councillor Darragh Butler, and local public representatives and a large number of guests.
Year
2016 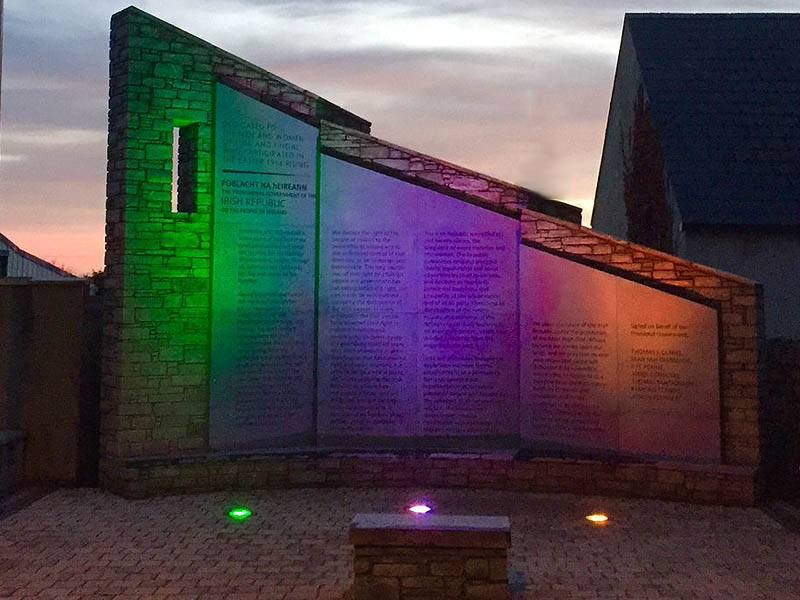 The names of all the men and women volunteers from this time are listed on a special information plaque at the Memorial, which also features the 1916 Proclamation, carved in Irish limestone. The Proclamation represents the spirit and values of 1916 volunteers as they put in place the stepping stones for Ireland’s future independence. The simple and straight architectural structure of the memorial is divided in three close standing walls, which progressively lower from the left to the right following the circular basic structure of the site. The required lighting scheme for these walls was plain but effective. Now, it enhances in dynamic changing colours the Memorial while delivering to the site an aura of respect and admiration for the courage of the people who fought and died for their ideals. 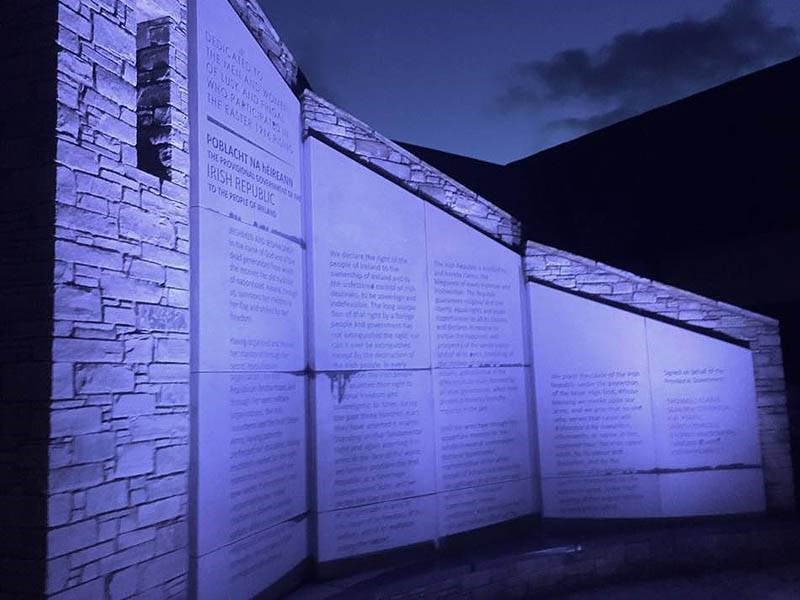 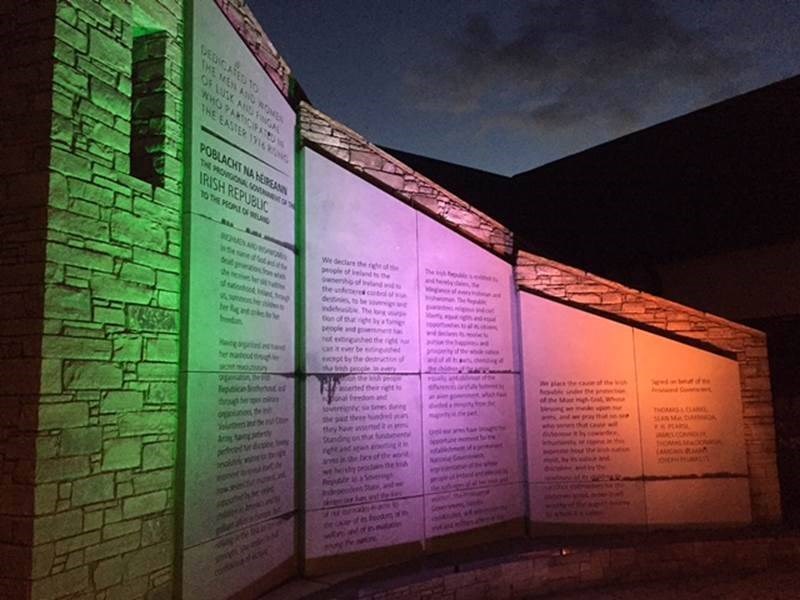 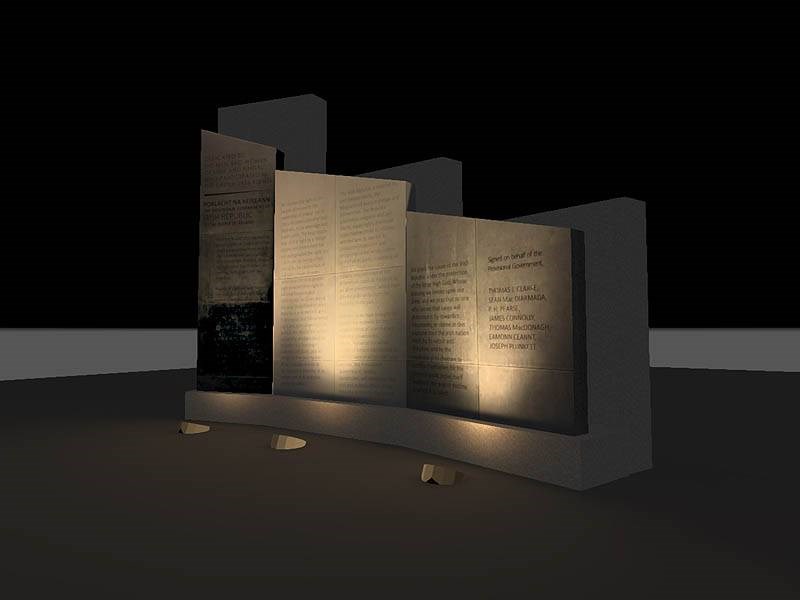 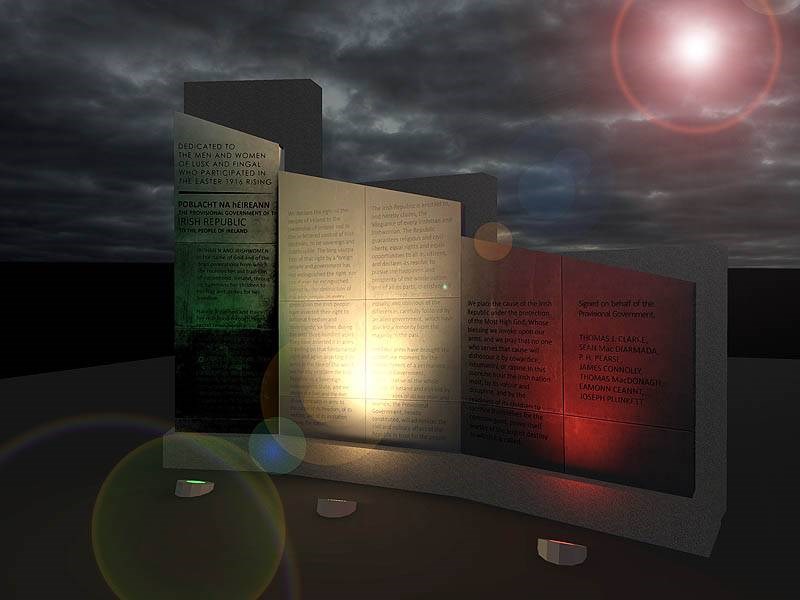 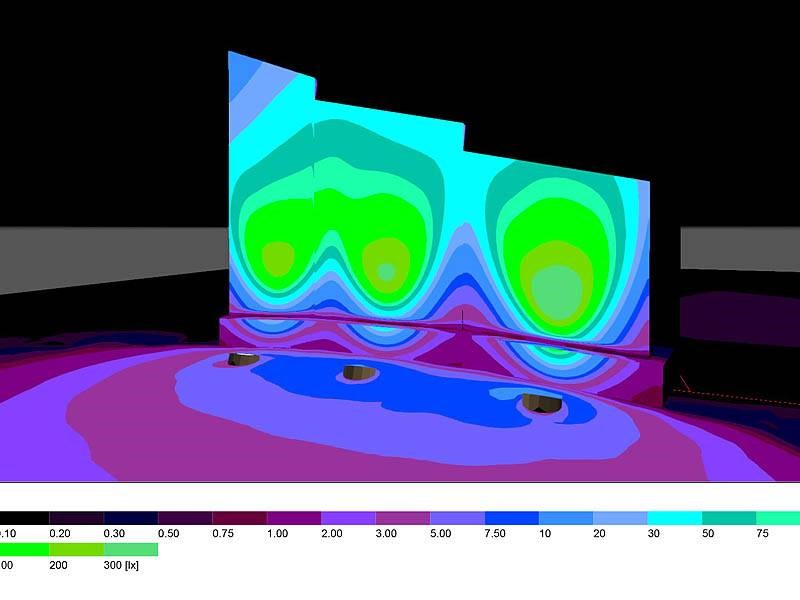 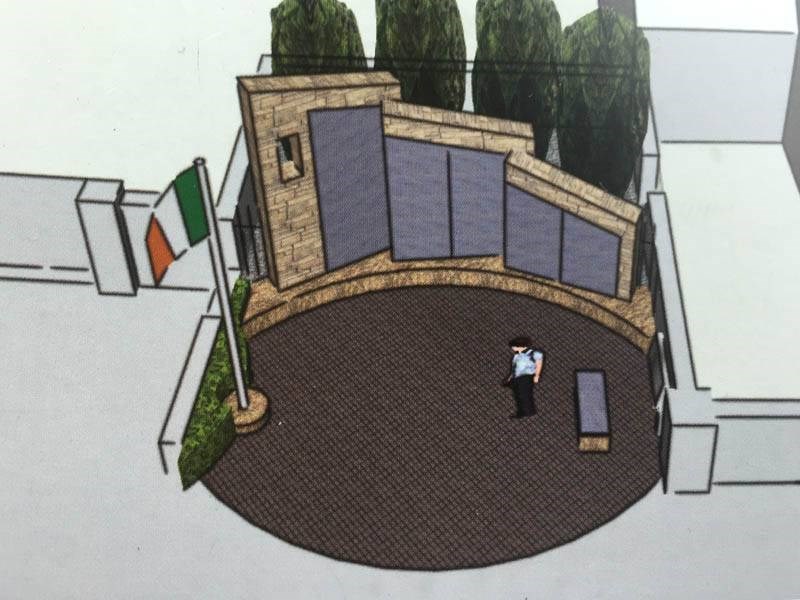 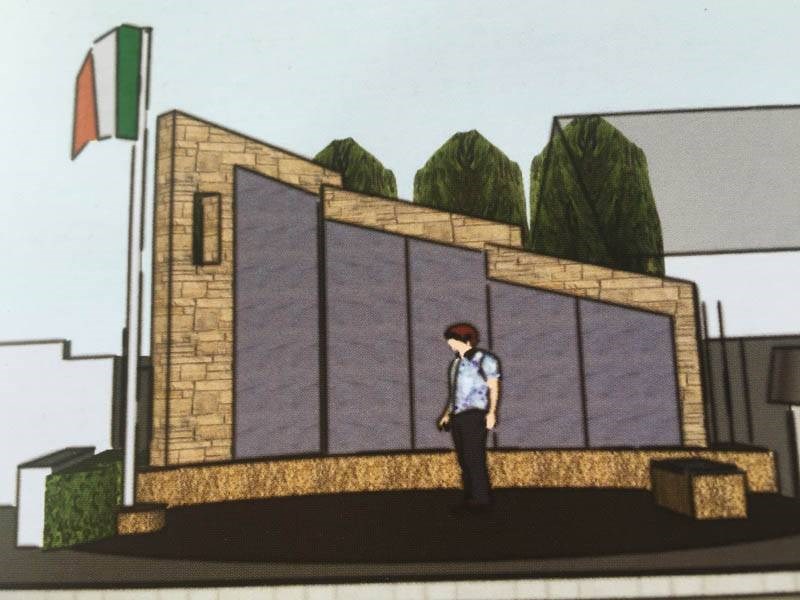 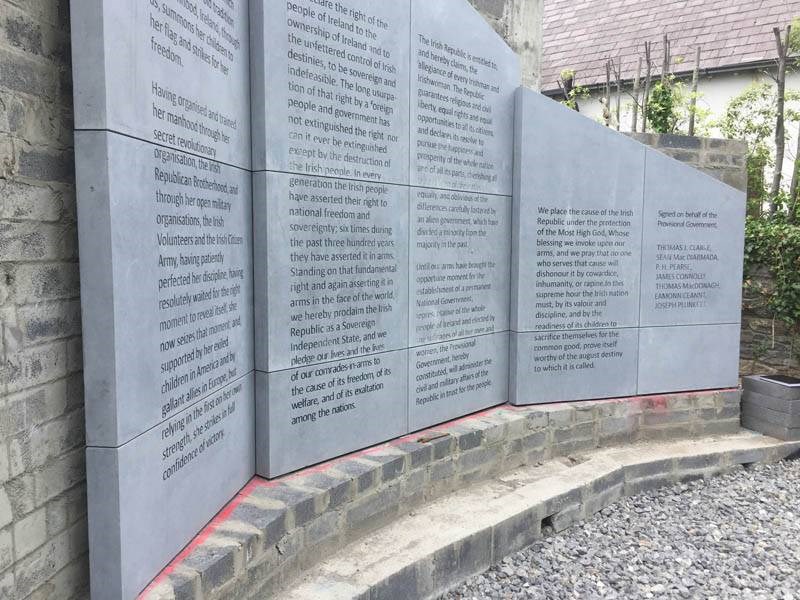