Azerbaijan
Ask any resident of Baku what the most prominent characteristic of this city is and he will surely tell you it's the architecture. No place in the world looks like Baku and no place replicates its peculiar architectural style, which is a unique synthesis of both East and West. This fusion of Eastern and Western architectural styles began in the early years of the 20th century, during the so-called "oil-boom” period of extreme economic wellbeing. A number of prominent European architects were hired to revive the city of Baku with their Western cultural influences. They therefore introduced a wide range of different styles in the architecture of Baku giving the capital city of Azerbaijan a fascinating, European allure.
Year
2011 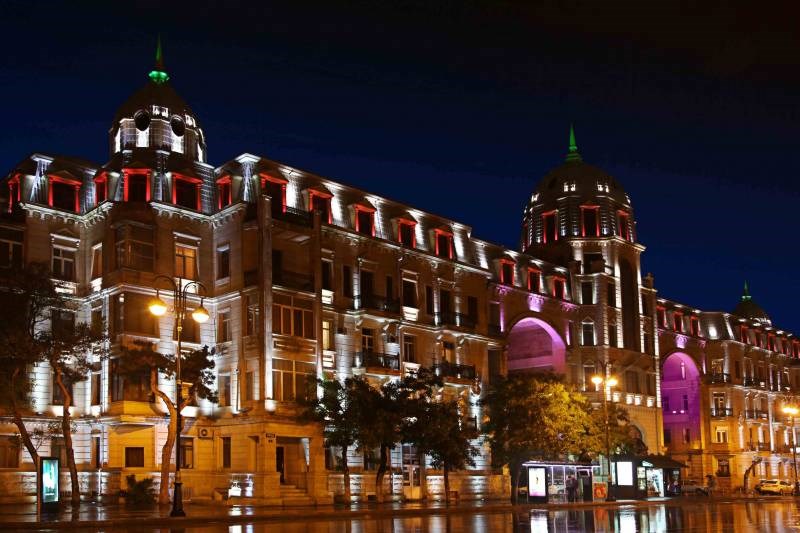 As time passed, an emerging sensitivity and appreciation for the local architecture led to a fusion of Eastern style and Western design. This style became the peculiarity of the Azeri art and it is so deeply embedded in the Azerbaijan culture that, even nowadays, it is carefully reproduced in new palaces and buildings, which maintain the charm of an old cultural and architectural tradition even in a two million people metropolitan area.

Among the many residential complexes and institutional buildings recently erected in Baku and inspired by this multicultural architectural style, GRIVEN has been charged by the municipality of Baku with the external lighting of a large block of flats. GRIVEN’s lighting designers had the main task of reproducing, on the façades of this huge palace, Baku’s most beloved illumination style, an artistic kind of "light brush” that enhances with skilled colour touches the most peculiar architectural features of the building. To do so, many different GRIVEN LED lighting fixtures were involved such as Parade, Dune, Dawn, Stroker, Micro.-Clip Graph-i-Spot and Daisy-On. 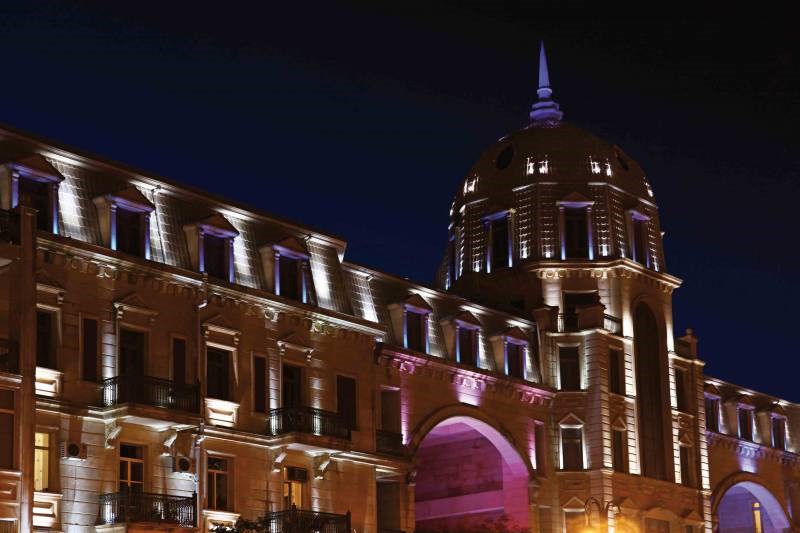 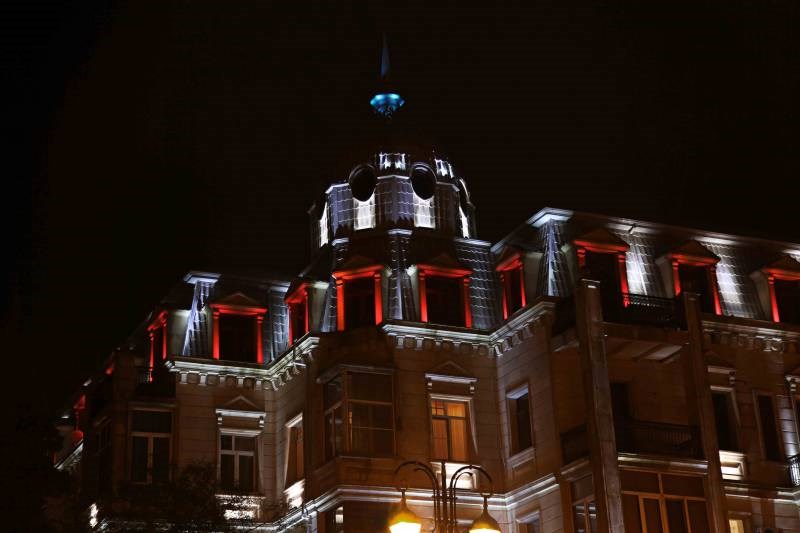 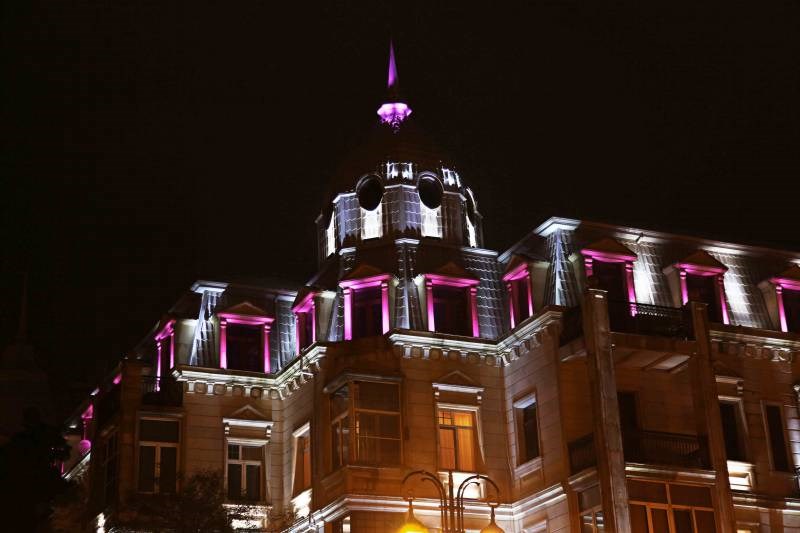 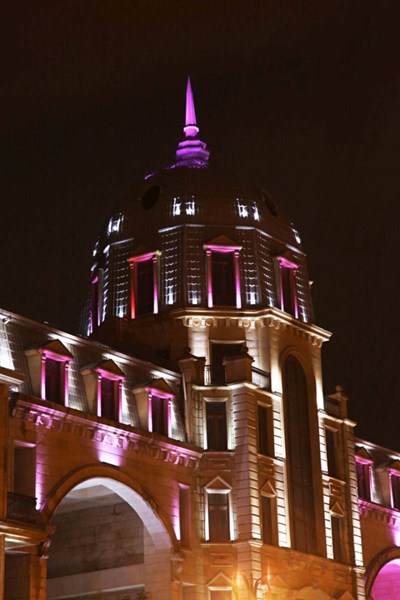 More than 30 units of Dune Warm White 10° were embedded in the pavement that surrounds the complex, while below the arches the Parade D-RGB-5 recessed were positioned, accompanied by a number of Stroker units installed on the walls to illuminate the superior part of them. Over 100 Parade D-RGB-5 and D-RGB-12, Parade D-W-6 and D-W-9 along with 42 Dawn units had the task of giving alternatively white and coloured light to the spaces between and below the windows of the building. The smaller Micro-Clip 12°, Daisy-on and Graph-i-spot were used to underline the slim contours of the upper windows of the façade and the domes. The overall effect was to create a real symphony of old architectural styles blended with modern lighting effects. 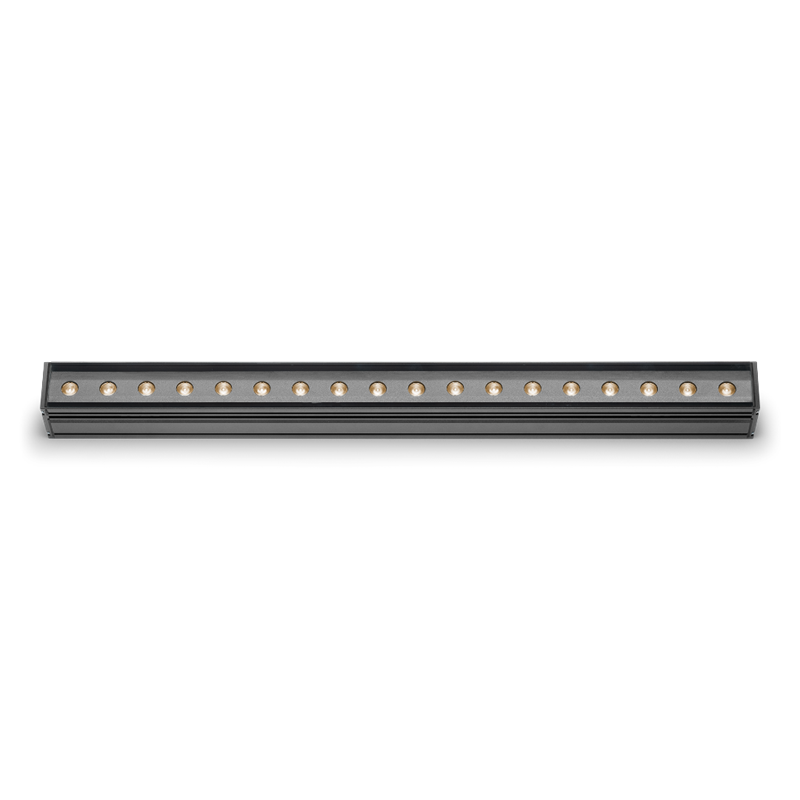 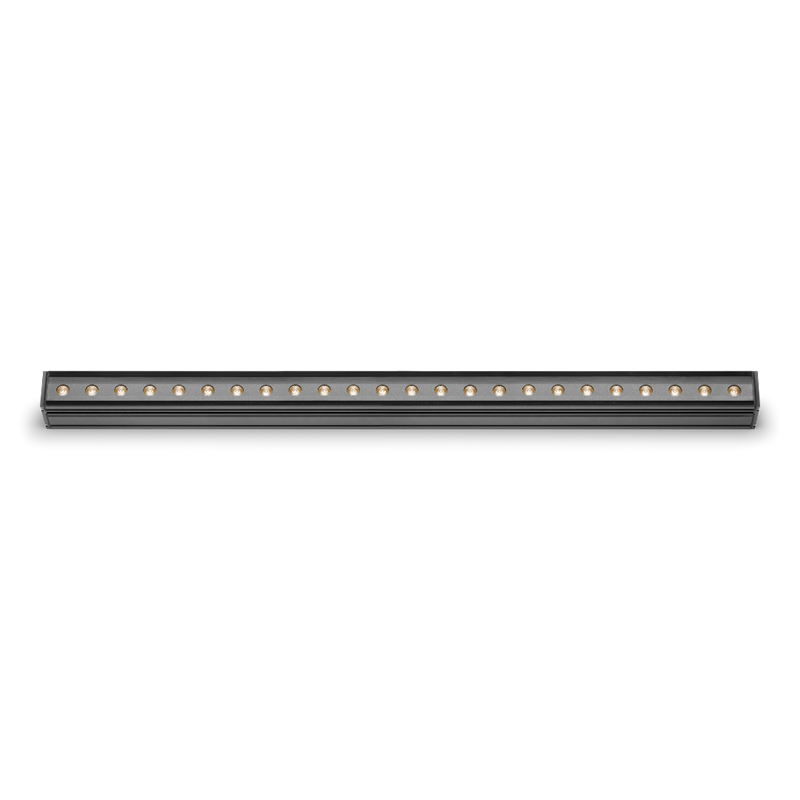 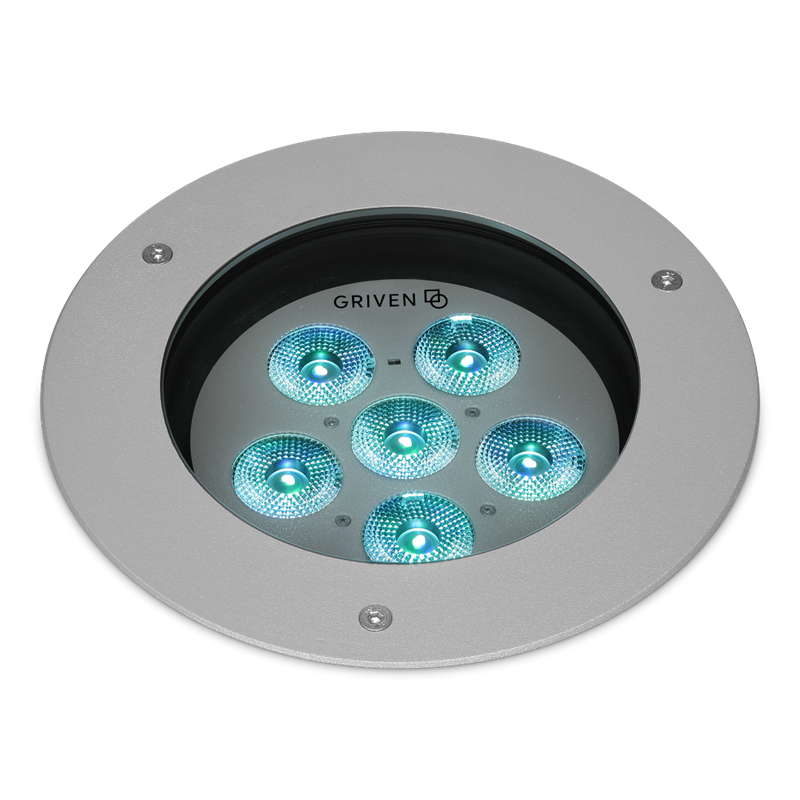