Poland
The National Temple of Divine Providence in Warsaw is considered one of the most important Roman Catholic building of the last three centuries in Poland. The history of the Temple of Divine Providence stretches back over 200 years and is associated with Poland’s first Constitution released on May, 3 1791. Two days after approving the Constitution, members of parliament adopted a resolution approving the construction of a temple as a votive offering. However, Poland's turbulent history got in the way as wars, political partitions and the strong opposition of the Communist authorities postponed the construction year after year.

225 years from the initial vow, on November 11 2016, Poland's Independence Day, the Temple of Divine Providence in Warsaw was finally inaugurated with an official ceremony attended by several thousand people, including the most important representatives of clergy, state and local authorities. Welcomed as "an expression of the nation’s gratitude to God for the gift of freedom", the Temple is now the most important religious-national symbol of Poland. It is made up of three distinct elements: the Church of Divine Providence, a Museum, dedicated to Pope John Paul II and Cardinal Stefan Wyszynski, and the Pantheon of the Great Poles, an underground funeral site, which hosts a replica of Pope John Paul II’s tomb in St. Peter's Basilica as well.
Year
2017
Lighting design
Tomasz Adamski, Michal Kaczmarek - Prolight Sp. z o.o.
Product specification and installation
Prolight Sp. z o.o.
Pictures
Tomasz Adamski - Prolight Sp. z o.o. 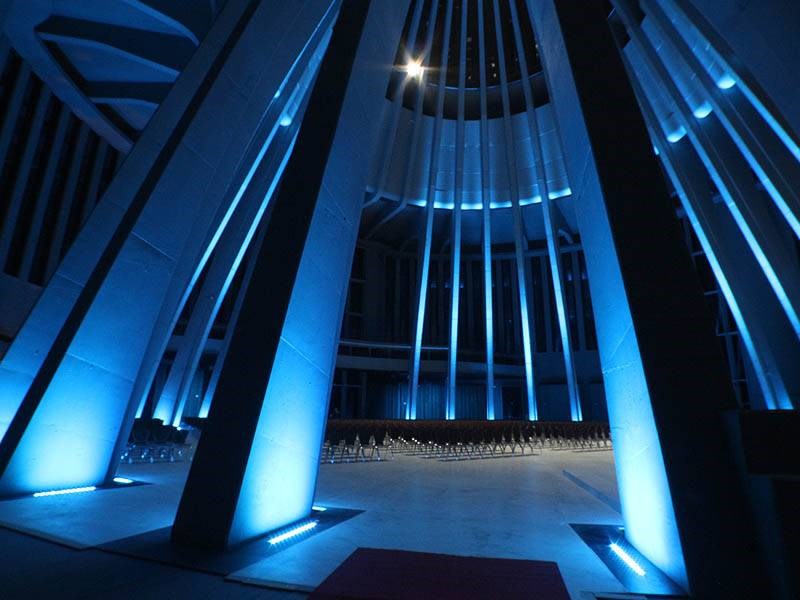 Embracing the period from 2003 to 2011, the construction of this catholic church was financed by a fundraising promoted by the churches of the Archdiocese of Warsaw and the neighbouring dioceses and thanks to the contributions coming from over 80,000 donors, which together allowed a collection of more than 100 millions zlotys.

Based on a Greek cross plan, with a square central mass and four arms of equal length, the church has a height of 75m and a diameter of 68m. Provided with four entrance gates, its main 84x84m base area is dominated by a central dome, sustained by massive pylons. In its interior, 26 columns are arranged in a circle to form the nave of the church. The ground breaking acoustic solutions adopted will give the possibility to organize cultural events at the highest level with the participation of world-class musicians. A true concert hall with high acoustic performance, comparable to London Royal Albert Hall, the church will be able to host oratorios, carols and patriotic songs, while accommodating up to 3 thousand people.

A new indoor lighting system was required for the official inauguration of the church, in order to enhance the beautiful columns of the central nave for this opening ceremony as well as for future events. Based on the lighting design of Tomasz Adamski of the company Prolight Sp. z o.o., a series of LED colour changers has been installed at the base of the 26 arched columns of the church to emphasize them from bottom to top with beautiful rays of coloured light. In order to achieve the required different light diffusion on three sides of the pylons, colour changers with different light emission were chosen by the appointed lighting designers. A long-throw, narrow beam was required for the front part of the columns to highlight them up till their upper part, while a grazing, gradually fading light was preferred for the larger sides of the columns. 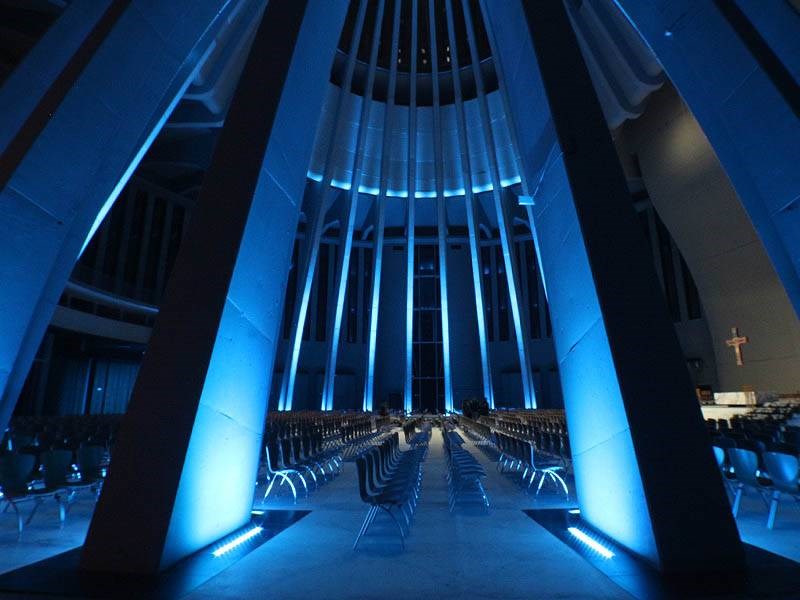 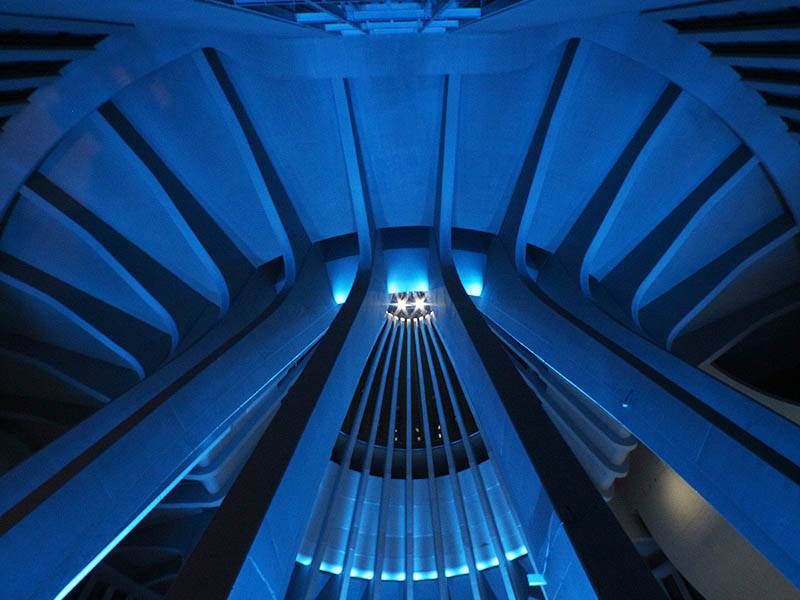 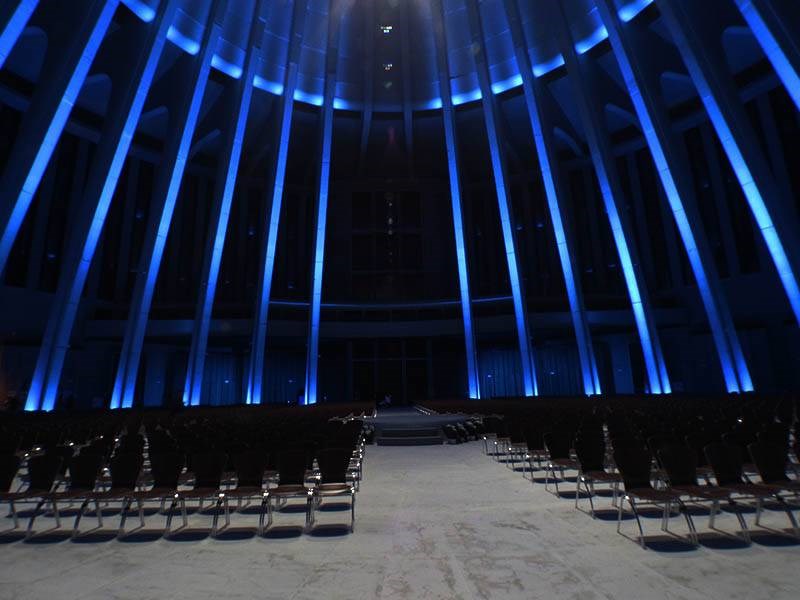 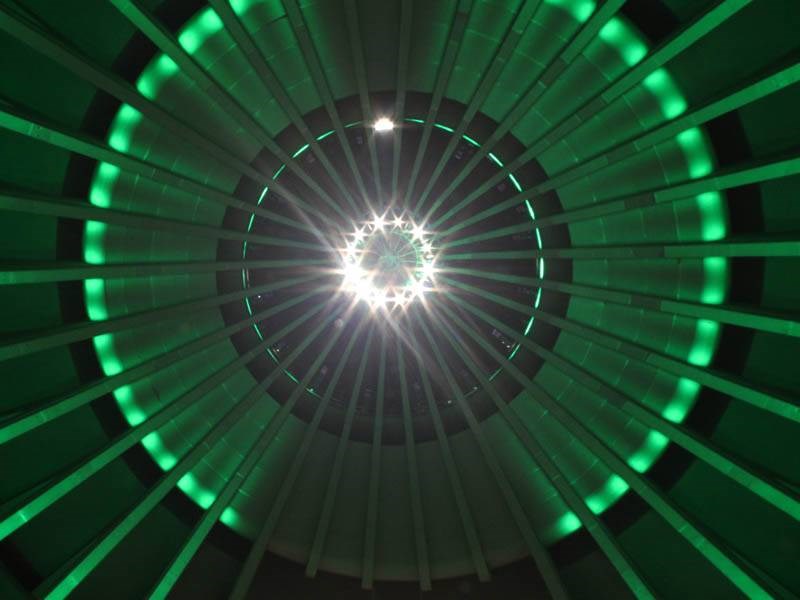 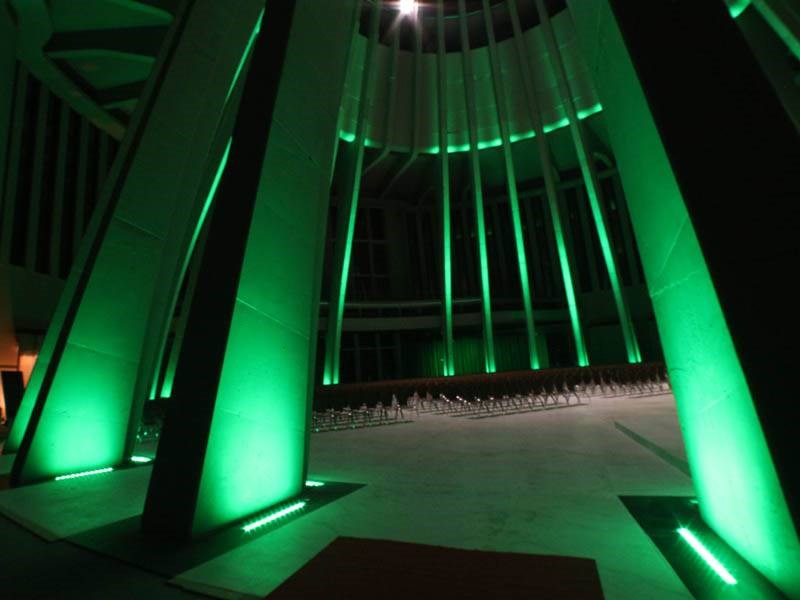 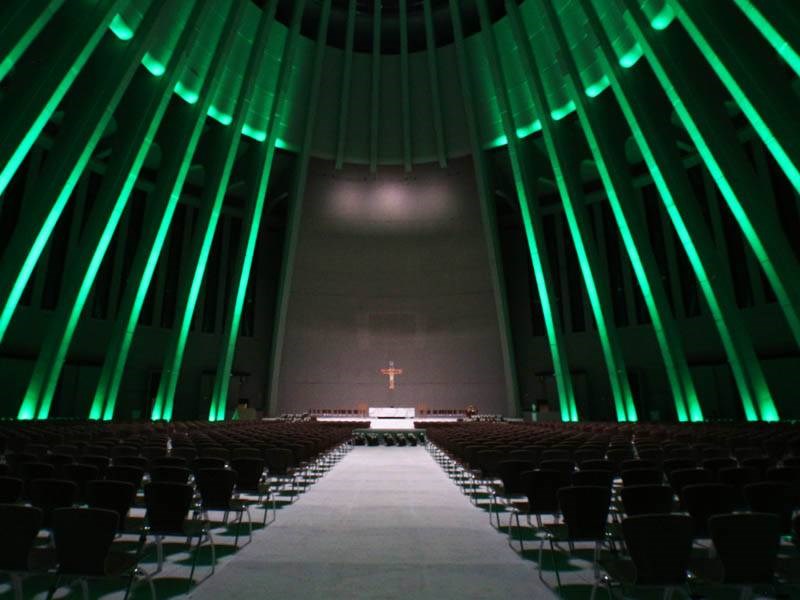 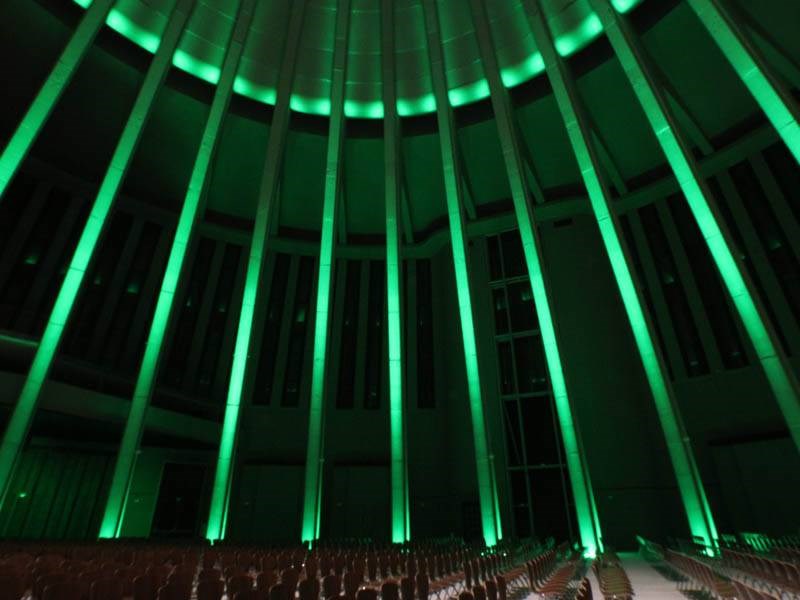 According to this lighting scheme, ONYX and PARADE X-48, both in RGBW colour configuration, were recognized as the best solutions. Specific for architectural projects demanding for impressive though sustainable lighting performance, ONYX RGBW features an incomparably functional, ultra-narrow, sharp, long-shot beam of light capable of reaching previously unthinkable distances with amazing precision and even light distribution. ONYX in RGBW colour configuration were installed right in front of each of the 26 columns, while PARADE X-RGBW-48 were placed at the base of the two wider sides of the columns. The final result is really impressive as the circular nave of the church stands out in a superb effect of dynamically changing colours delivering a new kind of solemnity.

PARADE X-RGBW-48 is the leading edge high luminance flagship of the linear LED modules by GRIVEN. Superb output with real uniform colour coverage even on close-up installations, especially on formerly prohibitive large-scale architectural elements, and the newly conceived optics groups provide for truly powerful grazing lighting enhancement. The combination of the 48 RGBW LEDs featured and the photometric distribution efficiency offers an unprecedented astonishing white light output quality, as well as a wider variety of intermediate colour hues for an even broader range of application purposes. PARADE X-RGBW-48 newly designed stylish profile is complemented by the on board control panel that offers instant and complete access over all digital functions. 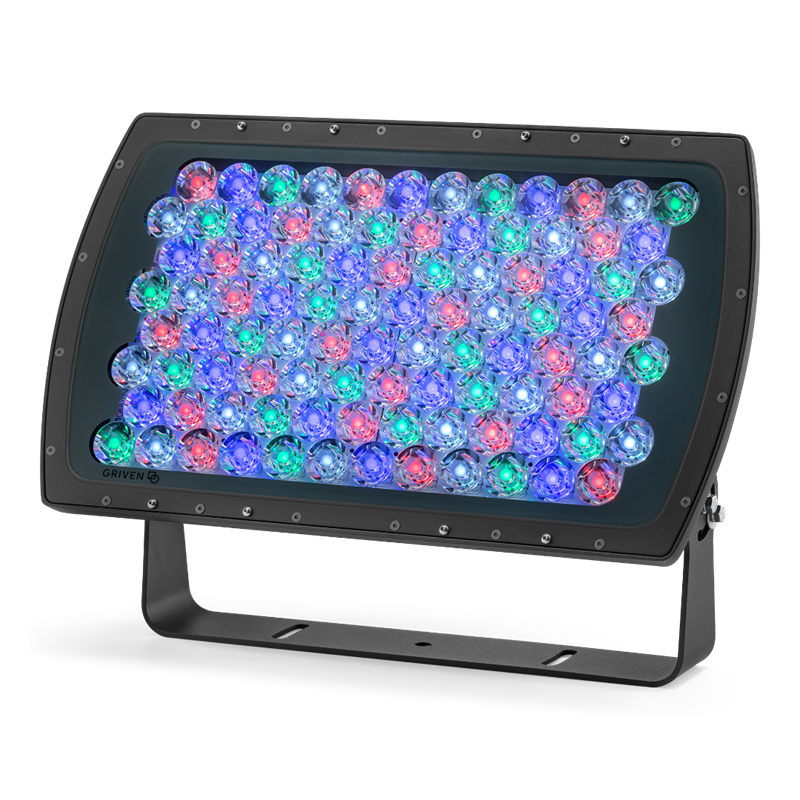